HOW DOES A BEE MAKE HONEY? 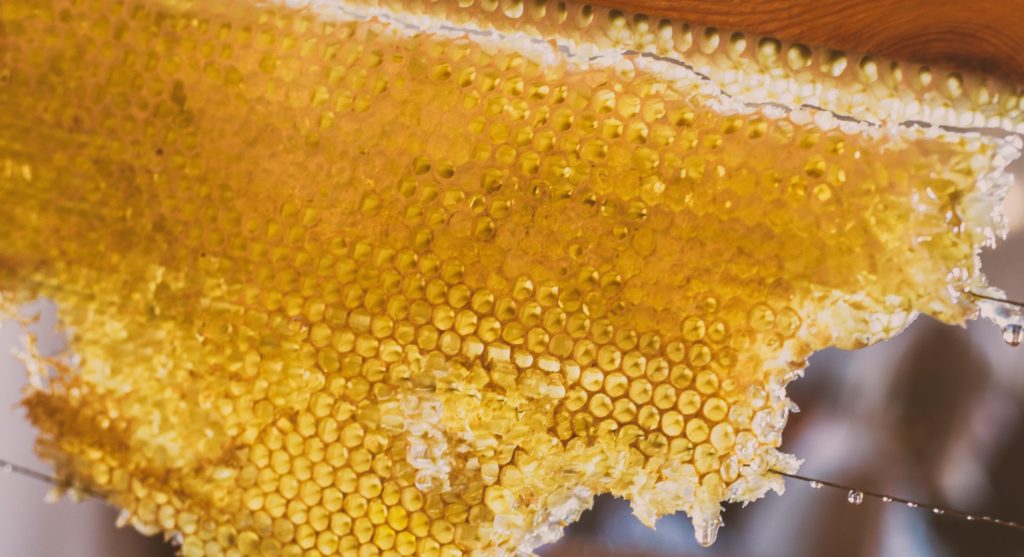 HOW MUCH HONEY DOES A WORKER BEE COLLECT DURING HER LIFETIME

A worker bee will collect less than a gram of honey in her lifetime depending on how close the access to nectar is. Typically it would be 1/12 teaspoon of honey which is 0.59 grams.

HOW DOES A WORKER BEE COLLECT NECTAR

She sucks nectar from a flower using her long hollow tongue called proboscis and sends it to her special expandable sac called ‘honey stomach’ that stores the nectar until she gets to her hive. She has a separate stomach for digestion.

On one single trip a honey bee will collect nectar from anywhere between 50-100 flowers and will make up 20 trips per day if the distance she has to travel is short. She can transfer the nectar from her honey stomach to her own stomach for sustenance when she feels low on energy.

HOW AND WHEN DOES NECTAR FROM A FLOWER BECOME HONEY 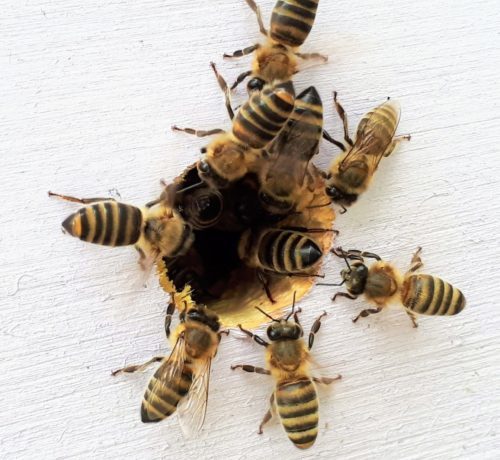 As the worker bee is visiting flower after flower collecting nectar, the nectar in her honey stomach is being broken down by the release of

enzymes. When her honey stomach is full she returns to the hive and delivers her load to an indoor bee.  Within the hive the nectar is passed on from bee to bee until it can be deposited into a cell within the honeycomb. Each bee that carries the honey breaks down the honey by adding enzymes to it making the nectar thicker.

This is how the worker bee makes honey.

Hello, How can we help you?